ARE THERE TOO MANY ANIMAL SHELTERS AND RESCUES IN THE U.S.?

TOO MANY ANIMAL SHELTERS AND RESCUES?

Are there too many animal shelters in the U.S.?  What about breed-specific rescues? The answer is, like most things, yes AND no.  There is no accurate count of how many rescues and shelters actually exist.  And the numbers change all the time.

There are still 2.7 million companion animals euthanized outside of a veterinarian’s office every year in this country.  Approximately 1.2 million dogs, and 1.5 million cats.  Discounting those animals who are terminally ill, or whose behavior problems include aggression extreme enough to not allow a safe home placement, there are still 2.3 million companion animals who are essentially thrown away every year due to lack of alternatives.  This is unacceptable.

More shelters and rescues are needed in order to cut this number down. We must provide safe options for people who cannot, or will not, keep their pets.

More breed-specific rescues are needed, especially for pit bulls, and other bully breeds. These breeds are the most often euthanized in shelters due to a lack of willing and able adopters.  These pets have their challenges, and need specific environments in order to be successful adoptions.  First you have the exaggerated media reports of aggression (the New York Post springs immediately to mind).  Homeowner’s insurance companies either flat-out refuse to insure someone who owns a bully breed, or charge such a high premium that it becomes financially untenable to keep one.  This makes for a crisis situation with too many animals and not enough prospective homes.

In the case of domestic cats, we are plagued with feral colonies in each and every area of the country.  These unspayed, unneutered, unvetted felines produce one to two litters of up to five kittens every year.  Many kittens die due to infections, wild animal attacks, or diseases. If these little ones are captured with Mom as young as possible, or without Mom after eight weeks of age, many can forget their feral roots and become docile and loving family pets.  Without cat rescues, these animals are condemned to a short, cold, life.

WHAT DO CAT RESCUES DO?

Cat rescues test for diseases, give necessary vaccines, and spay or neuter the animals.  This stops the cycle of unending breeding. If Mom has been captured, and is still feral, she will be tested, vaccinated, spayed and released back to her colony. She will no longer be able to bring kittens into the feral world and the colony will eventually die out.  Trap, Neuter, and Release (TNR) organizations have helped cut down on the feral cat communities throughout many areas. They need our support to continue to operate. 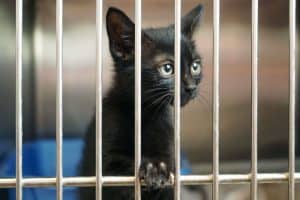 A caveat here – there are too many shelters in the U.S. in some places.  Vast areas of the country – particularly rural areas – have no shelters or rescues, beyond the government euthanizing ones. Other areas have hundreds of organizations, many of which have to search for animals to take into rescue.  Some of these animals are transported from shelters in other, less served, parts of the country. But transport takes money which could otherwise go to funding rescues which could find the animals new homes closer to the area from which they came.  If you want to start a rescue of your own, please go to one of these under-served areas.  You’ll have to work a little, (or maybe a lot) harder to keep your funding going. If you can do it, you’ll be able to pull animals from nearby government euthanizing shelters and save many lives.

This is not to take away anything from the shelters up north who pull from high-euthanizing shelters in rural areas. They do a wonderful job and have saved countless lives.

In the areas which have an abundance of rescues, raising funds in an over-saturated market is an uphill battle.  People are more than willing to give if you tell them an interesting story about a particular animal, but when you have tons of organizations doing the same thing, you get overload.  Decision fatigue takes over.  Many of the folks who would otherwise donate give up and don’t send money anywhere.  When there are a number of groups clamoring for your money, how do you choose?

In my opinion, there are way too many rescues and shelters in some areas of the country, and way too few in others.  That 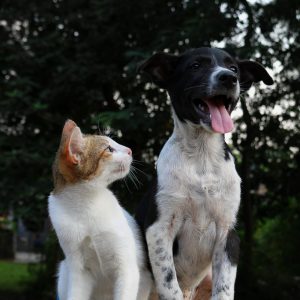 probably means that there are some areas which have just the right number.  The question is not quantity, it’s distribution.  The need is definitely there, the problem is to figure out how best to serve that need.

Are you in an area which has too many shelters, or too few?  What do you think is the best solution to the problem?

Photo of black kitten in cage by Thomas Park on Unsplash

Photo of pit bull terrier by Justin Veenema on Unsplash 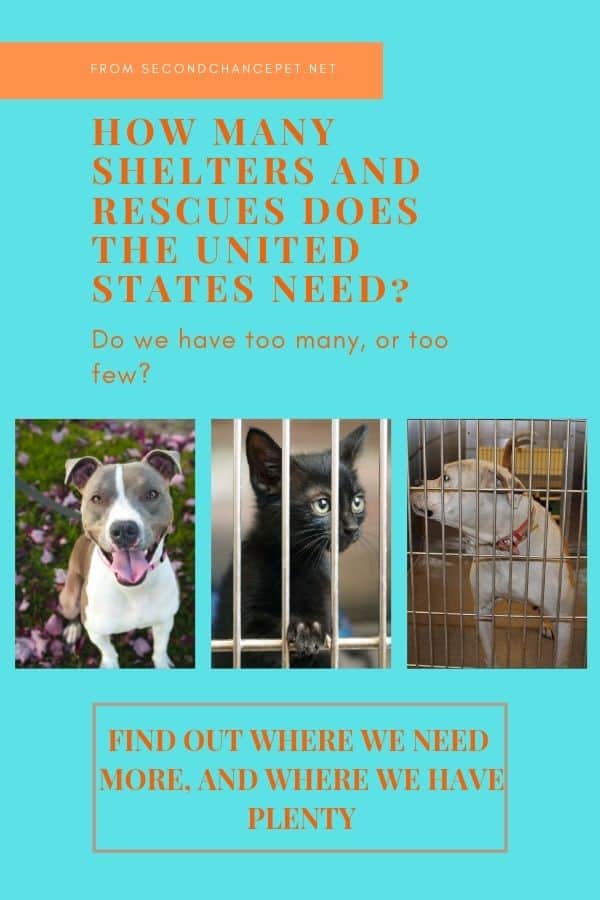